Its strange to think that Melissa Lockwood came to New York City on tour with a band, as their photographer (shes from Iowa) in the early 1990's. She made the move permanent in February of 1997. Around 1999 she started designing "wearable art", more from a strong need to create, outside the consumer driven market then anything else.
Her label, 'IQTEST', came about while she was working with designer Norbert Fiddlers (Born Label), he had an IQ test book laying around. After going through it and giving herself a few tests, she thought of putting the IQ test image on one of the dresses she made. A friend told her she could make the name her label, and the rest was history.
Preferring to work with recycled fabrics these days, wool, cotton/t-shirt fabric, her method is to use as much as possible with little if any waste. "Make the clothes precious so people will want to keep it, until they can't wear it anymore. It is important to think about the value of items beyond the usual uses. If one looks for potentials beyond the original purpose, lots of resources exist not wastes"(1). Her idea of using discarded fabrics is beginning to get notice, as she always informs those she can. And she spoke about the factories trying to sell bags of it, instead of letting people take them for free (funny how life works).
Melissa's designs were featured in Williamsburg Fashion weekend, with much fan-fare. They were not only amazing given that they were made from scraps and unused cuts of fabric, but also for the simple, practical, and stylish look of them. There's a slight post-economic boom feel, eluding to the current state of affairs in America, and its textile industry. The outfits have a sharp casual feel, dark in mood (depending on your outlook), but always in good taste, while the t-shirts added a great bit of color. Most of this is probably due to chance, as black fabric was most of what she could get. Either way its a great show of style and practicality, as I can see people buying and wearing her one of a kind creations.
Melissa Lockwood's current method of creation could lead to a major trend, that would have a serious impact on reducing wasted fabric, and off-setting cost for emerging designers, while fueling creativity. And given her obvious talent, I can't wait to see more from her. She is one of many modern women doing amazing creative things, and something good for the environment. "IQTEST is focused on raising awareness about the environmental impact of the waste and toxic pollution the mass disposal of textiles is causing on the worlds environment. 28 million tons of fabric reaches the landfills each year. No environmental laws are in effect to control what the companies do with fabric waste"(#2, taken from the IQTEST website. #1, first line taken from an interview, the rest from IQTEST website). .If you would like to know more, go to: www.iqtest-nyc.com , "Art is the reason, art is the way" 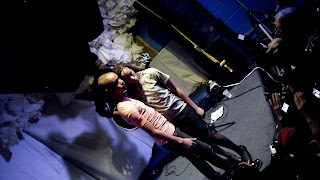 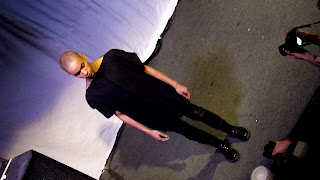 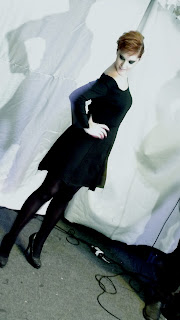 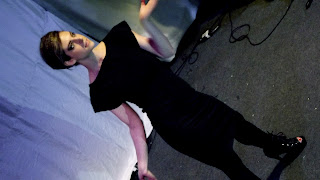 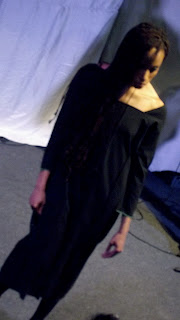